Dutch born jazz saxophonist and composer Marike van Dijk divides her time working and living in Meanjin/Brisbane, Brooklyn and Amsterdam. She has multiple masters degrees, one from the Amsterdam Coservatory and also New York University.

Prior to commencing her PhD studies in Australia in 2019, she worked as a research assistant at the Antwerp Royal Conservatoire (Belgium) and was part of the saxophone faculty at the Institut fur Music in Osnabrück, Germany for several years. Additionally, she taught workshops and classes at Codarts Rotterdam, Groningen Conservatory and Amsterdam Conservatory.

Since moving to Meanjin/Brisbane, she has also completed an artist residency at the Museum of Brisbane. During the residency, Marike developed her Shapes series, a suite of seven movements based on geometric and organic shapes. Shapes was performed at Museum of Brisbane on 19 March 2021 with a six-piece ensemble: string quartet, piano and saxophone.

Marike has also released three albums to date since here compositional debut in 2010 and has many more musical projects to come.

"I grew up in a country town in the Netherlands. My parents thought that learning an instrument was part of a good education so I picked up the Sax from a young age. It's the instrument I'm by far the most comfortable with after all these years. It's so reliable, I can just pick it up and play anything that's in my head. I'm not practicing on it very much these days and it saddens me. It's something I want to put time back into soon.

After high school I went to Rotterdam for my bachelors and I did my first masters studies in Amsterdam. During my time there I had the opportunity to go to New York on exchange, and once I got there I just knew I had to live there, it was just so amazing.

I ended up living there for 4 years, studying and playing music while I was doing my second masters and I was fortunate enough to get a full scholarship from the Dutch government to do so. After my time in New York I went back home for a while and eventually made my way over here to Australia in October 2019 for my PhD, and honestly I am stoked to be living somewhere tropical for a while!"

"I was drawn to big band early on as it was popular in the areas that I grew up in, and for a long time I really wanted to be a soloist.

I'd always enjoyed playing and writing jazz, but in NY I was exposed to a lot of free improv. Before I moved there I had been really dismissive of it, I really was not into it. But I started to listen to it more, and play it more, and then I realised that it's just something completely different. I've developed a real fondness of it ever since.

It's not about playing the right chords or the right melody, it's about connecting with the other musicians and playing with deep intention; it's just a really different mindset. I actually really enjoy a combination of free mixed with jazz standards. There's a lot of elasticity and flexibility even in the most rigid jazz standards."

"When I begin a piece I usually find the chords on the piano and sing melodies I can hear in my head before anything else. A lot of my compositions are born this way. Some of my favourite pieces have been inspired soon after listening to another piece that I really love or going to a gig and studying something about what someone played, like a bass line that has a certain rhythm etc.

For my PhD I've started using abstract techniques like coming up with a rhythmic framework and using that as a way to compose or coming up with a tone row or something, basically to just have a starting point of some kind, it really helps me a lot to get a piece going using techniques that give you a limited palette."

"Philosophically, I write music because it's a way to make the world just that little bit more beautiful, creating value where it didn't exist before. I really enjoy trying to figure out new ways to combine different musical concepts and to make something that has never really existed before, it's wonderful.

There's so much about performance that I love as well. The community, putting musicians together, creating something together... I just love it. The audience as well; having the opportunity to change someone even for a moment with the music I play is magical. A teacher of mine in NY used to say "you guys are wizards" and it's totally true.

"At some point after my first masters back home, I came to this realisation that I was "just a saxophone teacher". I had this great urge to diversify my skillset in music so that I didn't have to work random jobs on the side. I really wanted to get into other streams like composing for film.

I always had odd jobs - I worked at a retirement home, in various bars, I was a mailwoman at one point... It was really hard for me to accept that I might just be teaching beginner saxophone for the rest of my life.

I really pushed myself into different areas when I went to NYU. It was great, I took all these other classes like contemporary classical, music analysis, romanticism, film scoring... I was building my own study and it was so fulfilling. Also, New York just has so much on the fringe and all of it has influenced me a lot. I went to many different shows during my time there and I was around a lot of people doing very different stuff and it definitely changed me."

"I'm doing my PhD here in Brisbane. It's focused on techniques from the NY school of composers (John Cage, Morton Feldman, Earle Brown, Christian Wolff) and translating them onto large jazz ensemble. They did a lot of graphic scores, improvisation, and focused heavily on chance and indeterminacy in performance.

I became really fascinated in graphic scores after some of my research and it inspired me to experiment. It's a wonderful balance between how much information you give musicians and what you leave out for in the moment interpretation. There's a fine line where it can becomes too prescribed or dictated. It's about figuring out some kind of land between free and not free.

For the audience it adds suspense as well! "What's this white little fluffy thing going to be/sound like??!"

"There are so many! All the gigs that I did off the back of my last album with Jeff Taylor and Katell Keineg were very memorable. Also just playing with the large ensemble is just always amazing, they're great musicians and great people.

This one gig at Rockwood Music Hall with Jeff Taylor was really, really special. We played in the smallest of the three rooms and it was just packed but it was just so fun; playing in a crowded room that was just a bit too small, and it just sounded so good. All my friends were there and some musicians that I admired too so it was just super special.

Space can really affect a gig. Sometimes it works amazing and some times it detracts from the sound. I've seen opera singers in New York lofts just two meters away from you belting it out - it sounds incredible."

"I love to challenge myself and inciting personal growth through my musical projects. With Patches of Blue (2010), it was just something I really felt deep inside that I needed to do; I needed to release an album! I always felt that people didn't ask me for gigs, partly because I was a woman in the jazz scene. So I just wanted to write my own stuff so I could play that. I got really inspired to write when I was on exchange in New York and my first album came from that.

After that first record I was a little uninspired creatively for a while. When I was in NY I started to write for larger ensembles, which lead to the first Stereography Project (2015). I actually had no idea if I could write for large ensembles, I had a feeling I would be able to, but honestly I wasn't sure. I was itching to get out of my comfort zone so I just went for it and used the process of making an album to have a musical output that I achieved but also to personally just push myself.

When I was in NY I was going to mostly jazz gigs for a long while, but then at some point I realised I was actually going to a lot of pop and singer songwriter gigs. It gave me the idea to combine pop singing with a jazz ensemble, which became the second Stereography Project (2018). It was scary because I wanted to ask pop singers that I absolutely loved and in general I was just really outside my comfort zone there as well because I had to write for pop voices but it was such an amazing experience writing that album."

Shapes is a series of seven movements, featuring a six-piece ensemble, based on geometric and organic shapes composed during her recent residency at Museum of Brisbane. The live performance will be a juxtaposition of scripted music and improvisation, featuring a special appearance from the Farbenlichtspiele apparatus from Bauhaus Now.

"I came up with the idea for the Museum of Brisbane residency when I was doing another residency in up state NY in 2018. We'd just released my last album and I felt utterly drained emotionally. I wasn't sure what I had left in the tank. What's great about residencies though, is that you have other artists around you in different disciplines and with different approaches to art, and that inspires you.

Another artist in the residency did all these great geometric visual art pieces and I really resonated with what they were doing. I started taking a graphics course because of it and I really thought about being able to give musicians more freedom on stage through the use of graphic scores which is what I focused on in this residency. I wanted to incorporate a light art to influence into the graphic score as well for the MoB residency, but due to some constraints I wasn't able to do exactly what I wanted, but it ended up being a preliminary study for the grander ideas that I had."

"I have an EP in the works in collaboration with Madeleine Cocolas under the name Flightless Birds Take Wing. There's some shows in Europe next year that have been postponed a few times already that hopefully don't get postponed again! I am super excited to play them. 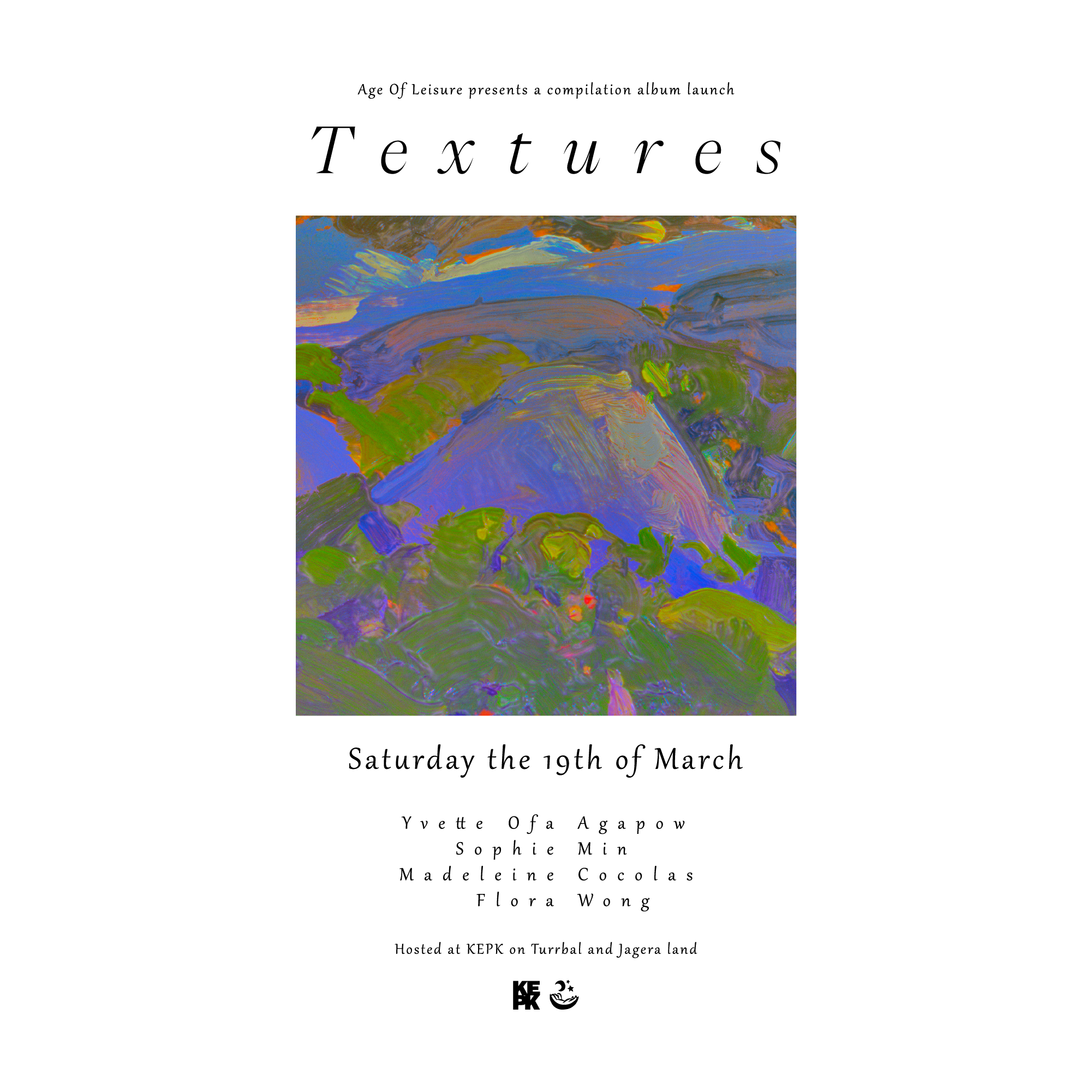 Age Of Leisure is proud to present Textures, a compilation album comprising of Meanjin-based sound practitioners 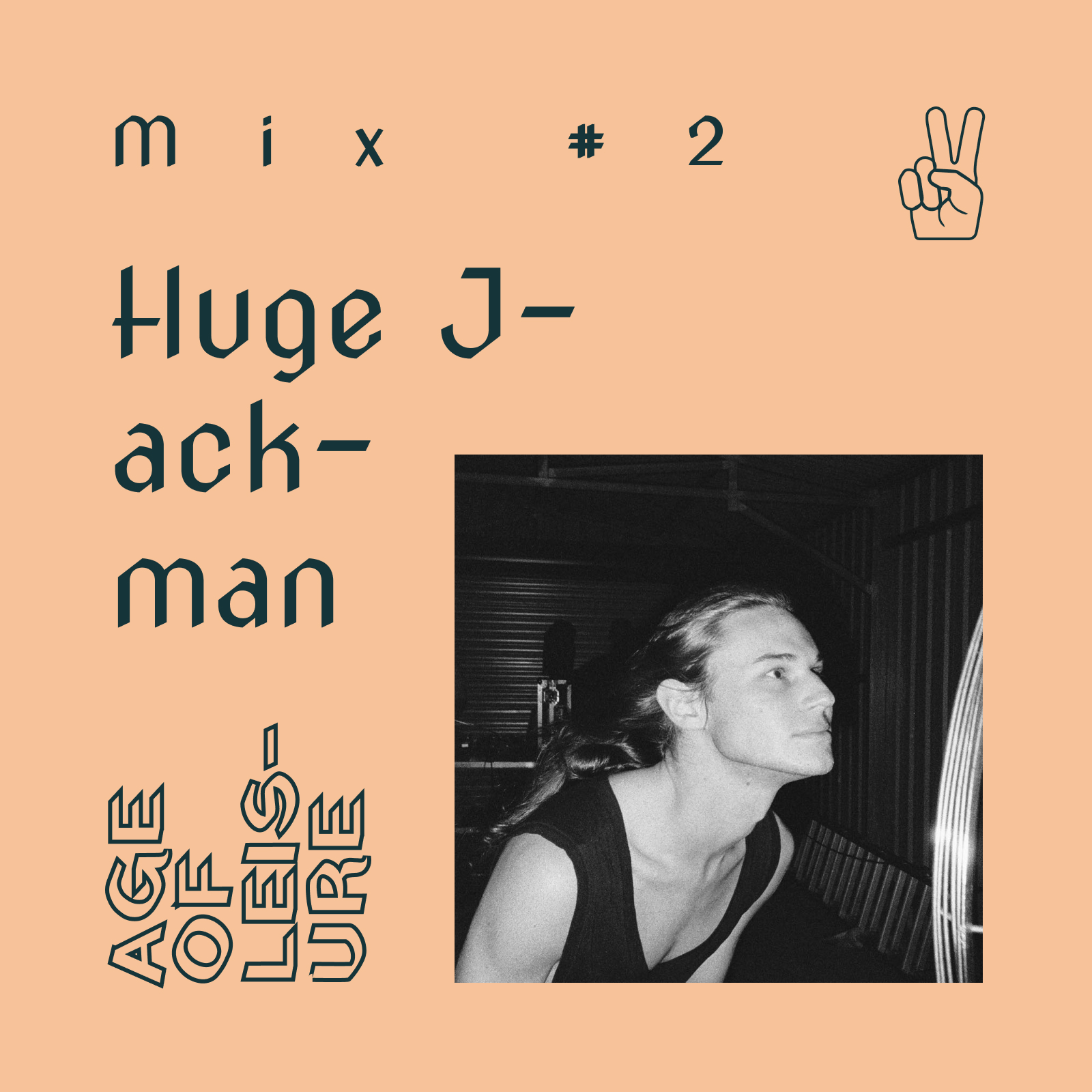 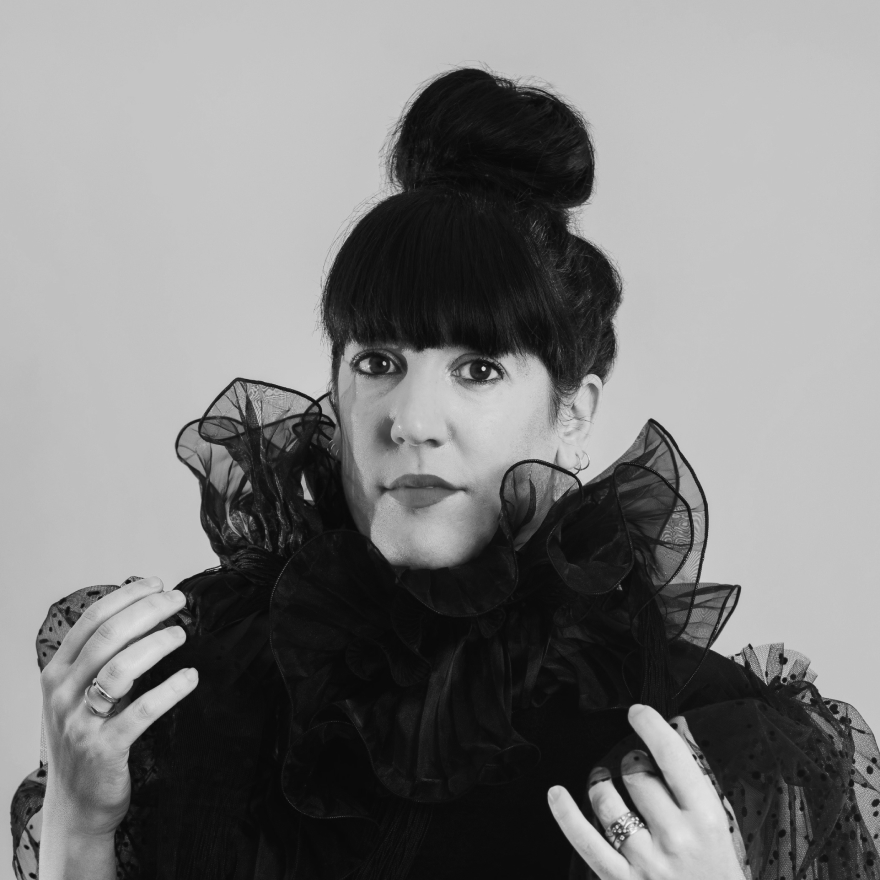 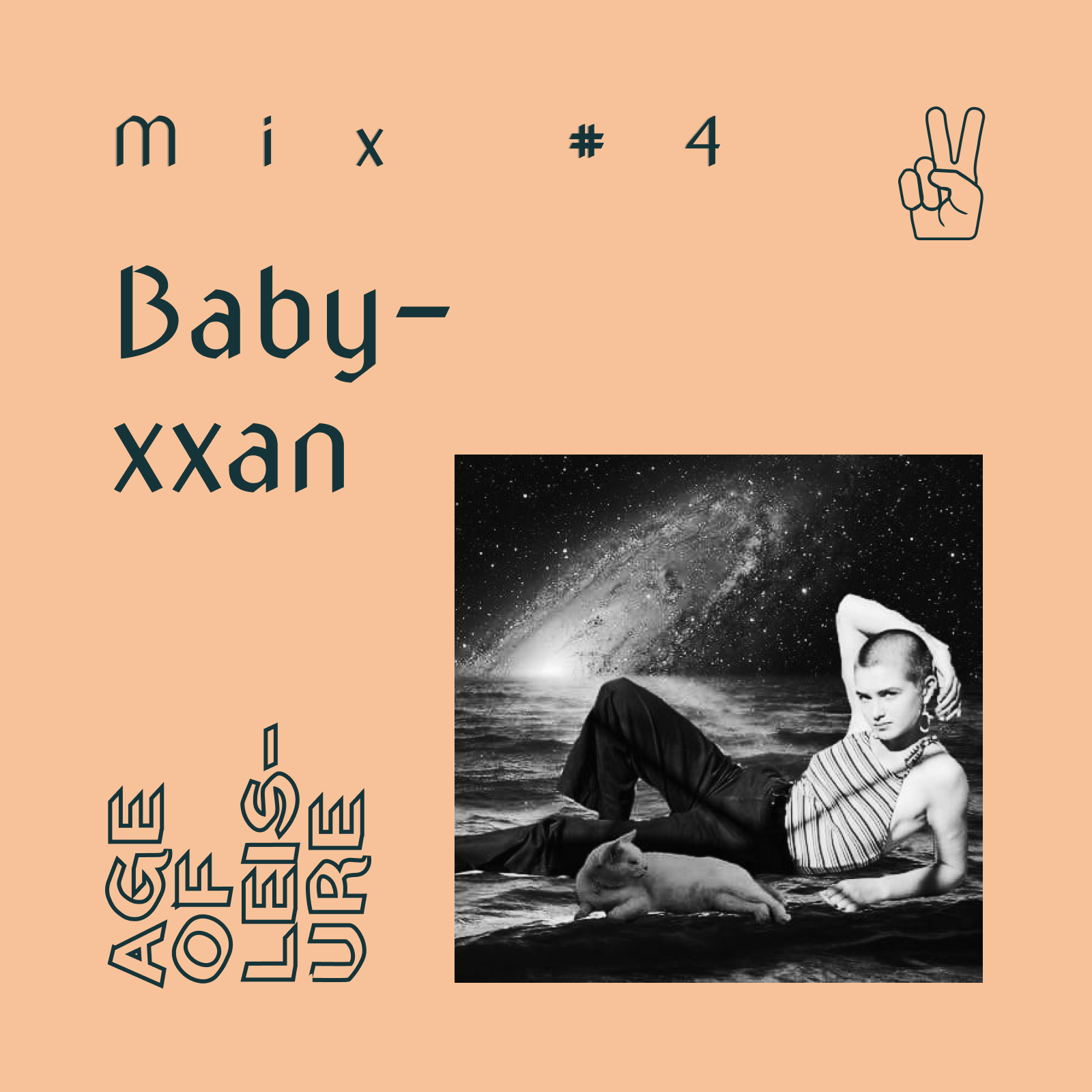 Xan Coppinger is a diligent student of music with an outpouring of love for creativity across planet earth. 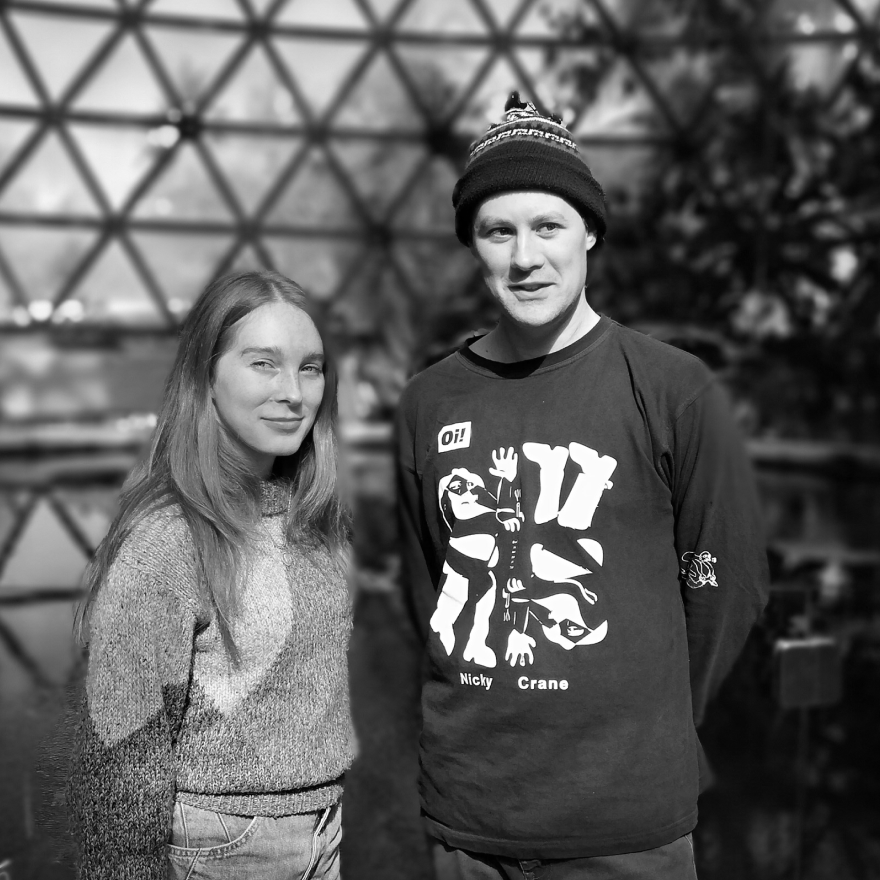 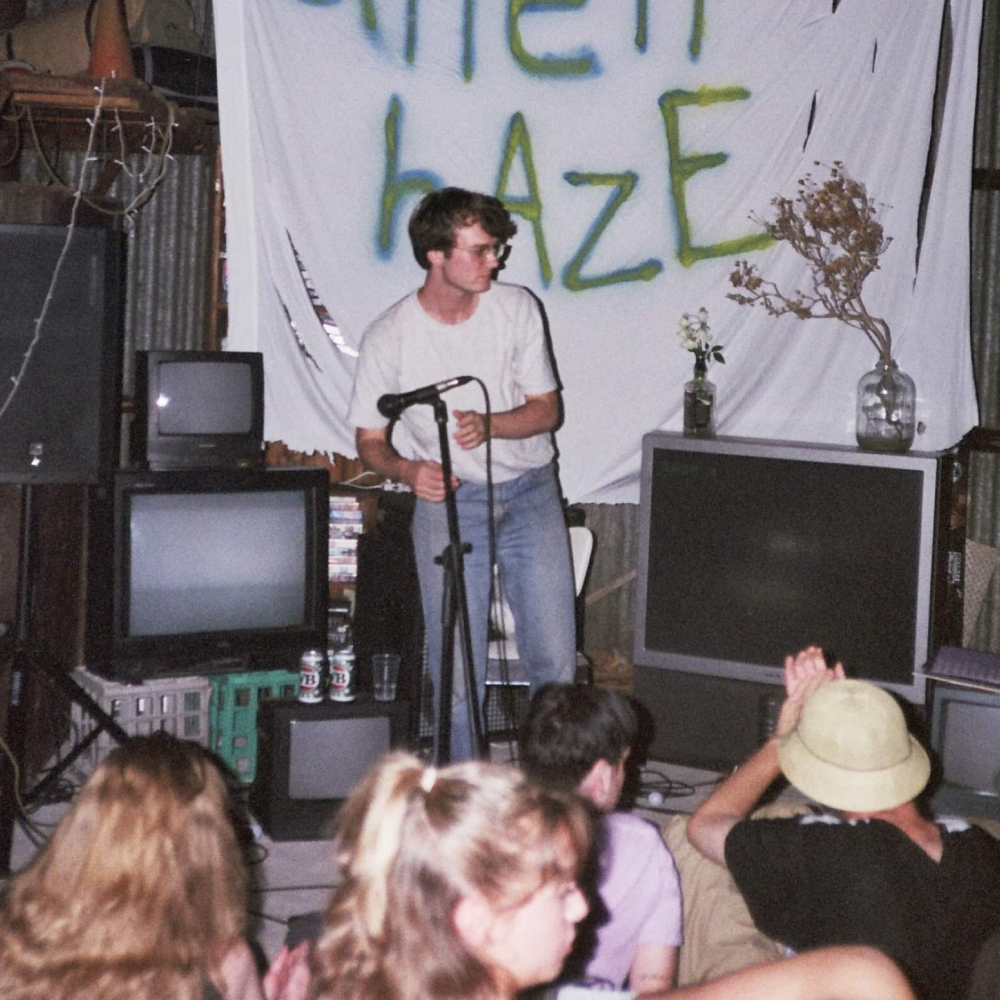